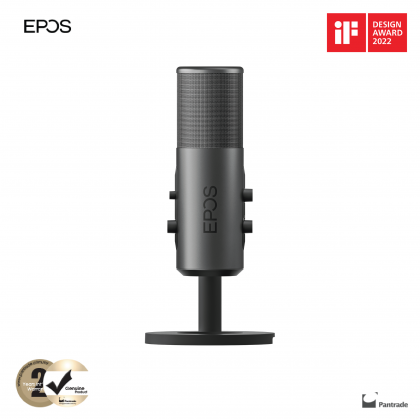 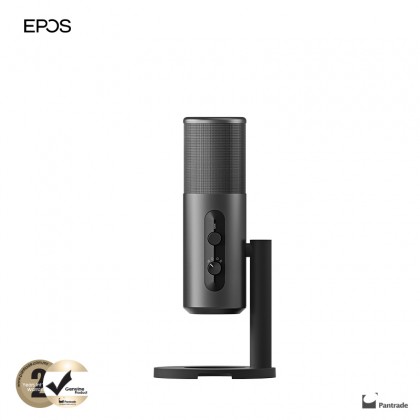 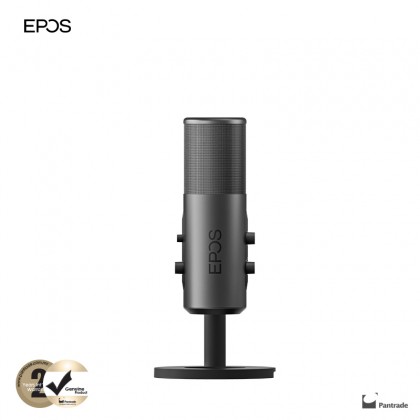 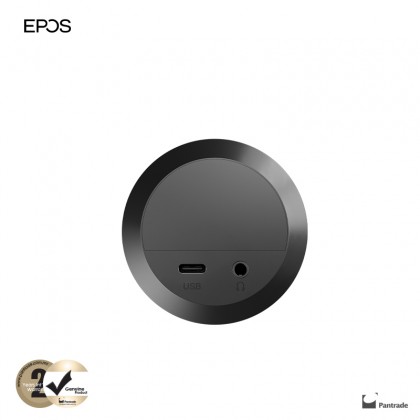 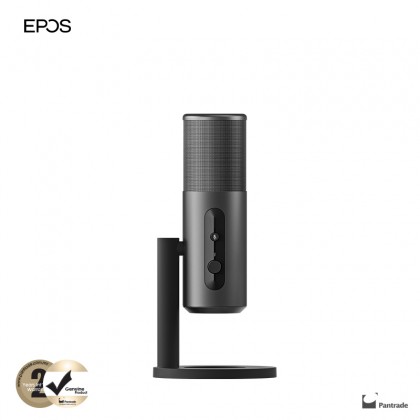 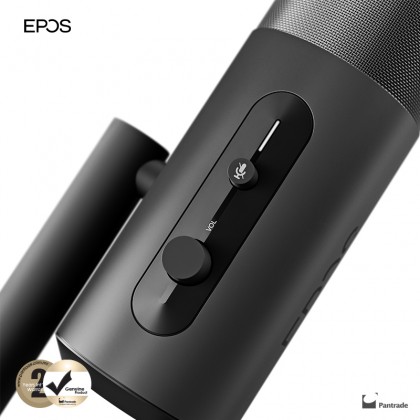 The EPOS B20 streaming microphone with integrated audio controls gives you full control over your stream with volume, gain, mute and a choice of four polar patterns to cover every streaming scenario. Intuitive LEDs show when the microphone is active or muted and a low-latency headphone jack lets you monitor your voice in real time in balance with game audio and make adjustments on the fly.

Take your streaming game to the next level with this studio quality, hassle-free microphone with optimum cost-performance value. A microphone that will grow and step up with you as you expand and advance on your streaming.

Set up within seconds
Connect this plug-and-play microphone's USB to your laptop or PC and you'll be ready to go. No elaborate setup necessary – you’re just seconds away from hitting the digital airwaves. 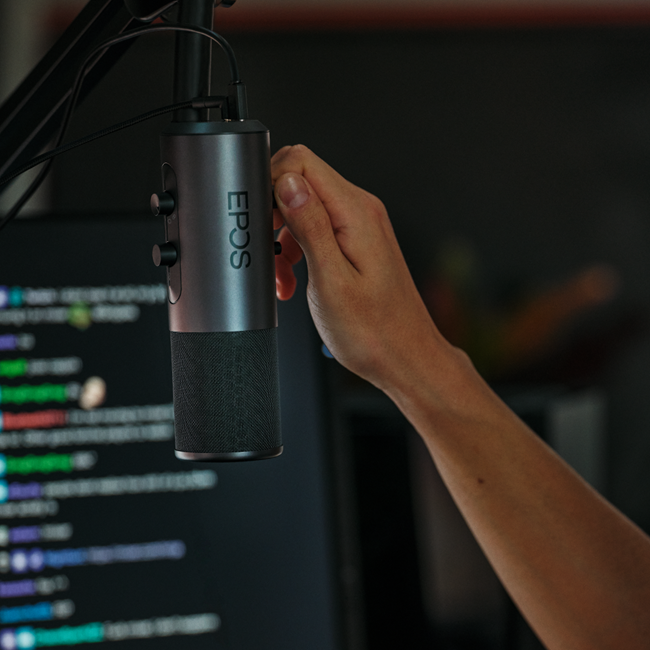 Studio broadcast quality
The B20 captures audio at a sample rate of 48KHz – 48,000 measurements of the audio signal per second - which comfortably reproduces the entire frequency range audible to humans, using a resolution of 24-bits (16 million different values) rather than the more common 16-bit standard (65 thousand different values). This is 256 times as much precision, giving a dynamic, rich, clear audio signal in studio broadcast quality that captures every nuance of the human voice. 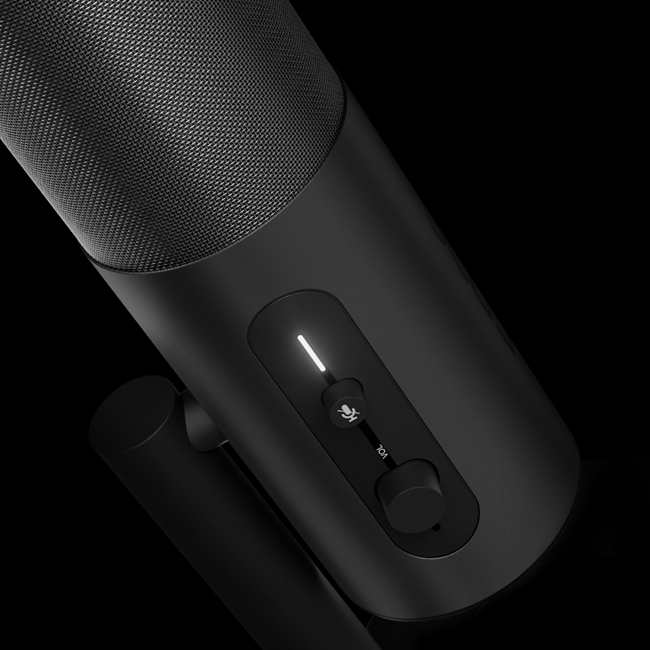 Sleek design
The B20 is as elegant as it is powerful. Its aluminum housing looks undeniably sleek on-stream, and subtle details like its LED status indicator are designed to naturally blend in.

Choose between four different pickup patterns - cardioid, stereo, bidirectional and omnidirectional – for optimal recording setup. From solo streams to partner broadcasts and even the streaming of team gaming, this versatile microphone covers all recording scenarios for your gaming content creation. 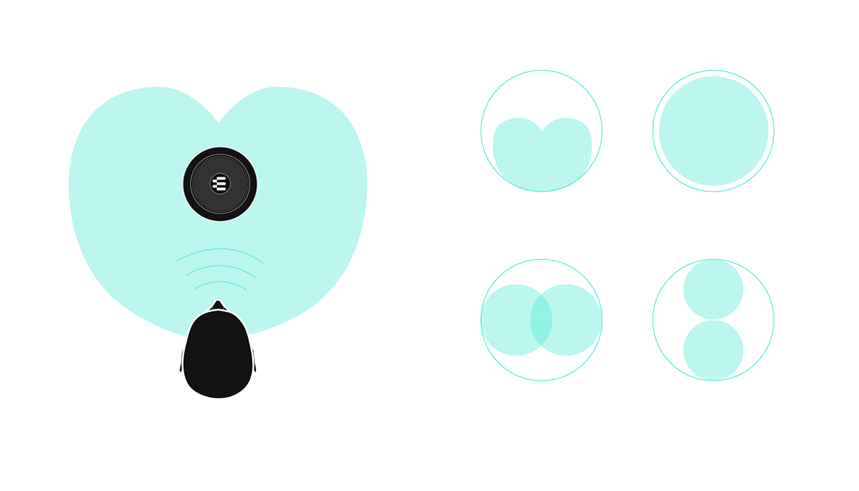 Position your microphone at any angle – up, down, or sideways. Not only does the B20 come with a handy desk stand, but it is also fitted with a standard 3/8” thread so it can be mounted on a boom arm. 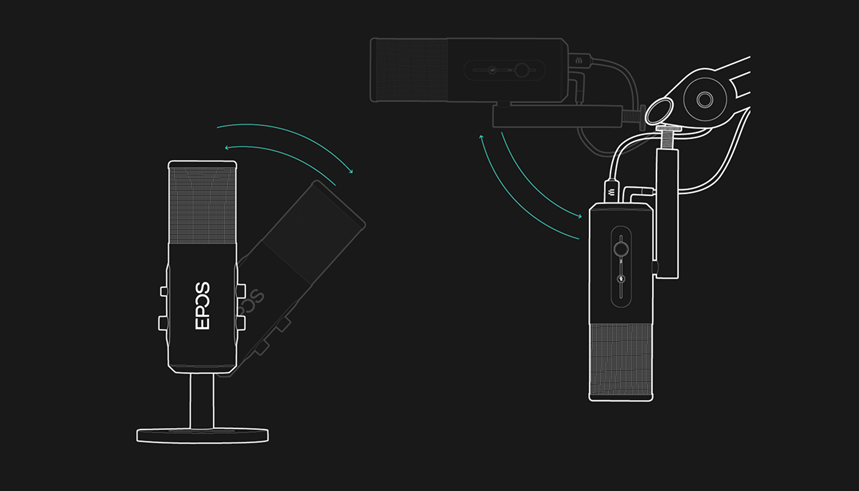